FUKUSHIMA AND THE END OF DAYS

Too many disasters lately to be coincidence? Was a UFO involved?

I wondered if UFO would be there. It was against odds of 78 to 1. OBAMA was sought a priori in order to associate a specific period of time with the axis term. Some of the a posteriori material seen on the matrix include ALL WHO TOUCH THE DEAD, THEY SHALL SURELY DIE and THERE WAS NOT A MAN LEFT OF THEM, all terms that unfortunately describe what might be expected from the simultaneous failure of six nuclear reactors, with accompanying meltdowns. Other matrices about the tsunami at Fukushima are found at Japan Tsunami and Meltdown. Combined odds against IN THE END OF DAYS, OBAMA and UFO at skip 1 were 291,555 to 1. There were several reports of UFO Activity at the time of the tsunami. Perhaps this disaster was planned by the visitors, however if it was - they have allies in important places. The first link to a film clip that I had about this was disabled due to "copyright laws." If the link just provided does not work, just do an internet search for the terms tsunami andUFO Japan. Still shots from the video are shown below the matrix, but the UFO is much more obvious when the movement is seen. 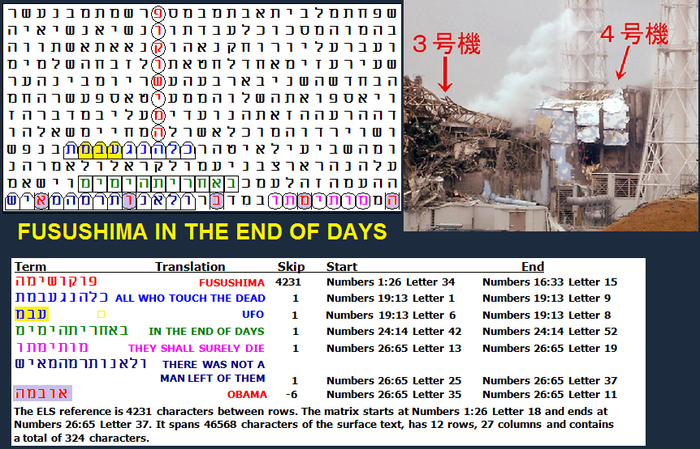 The still photos below of UFO Activity were taken from a video found on-line at http://www.paranormal.me/?p=84468. 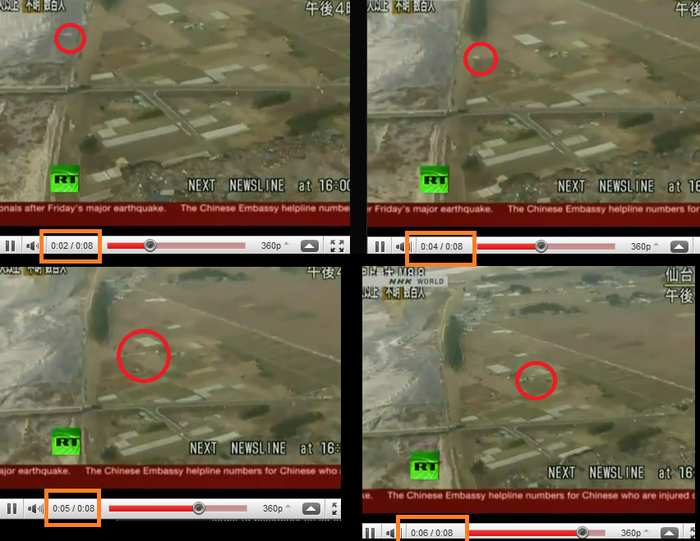