On June 4, 2016 Muhammad Ali passed away. He was the only 3-time lineal world heavyweight boxing champion in history. While it takes a row split of 2 for the axis term (MUHAMMAD ALI) to show all the terms below, the word WORLD is at skip +1 as is CHAMPION. In fact, CHAMPION appears three times on the same below which matches the fact that that he was the 3-time lineal boxing CHAMPION. The word BOXER is also on the matrix as is HEROIC. 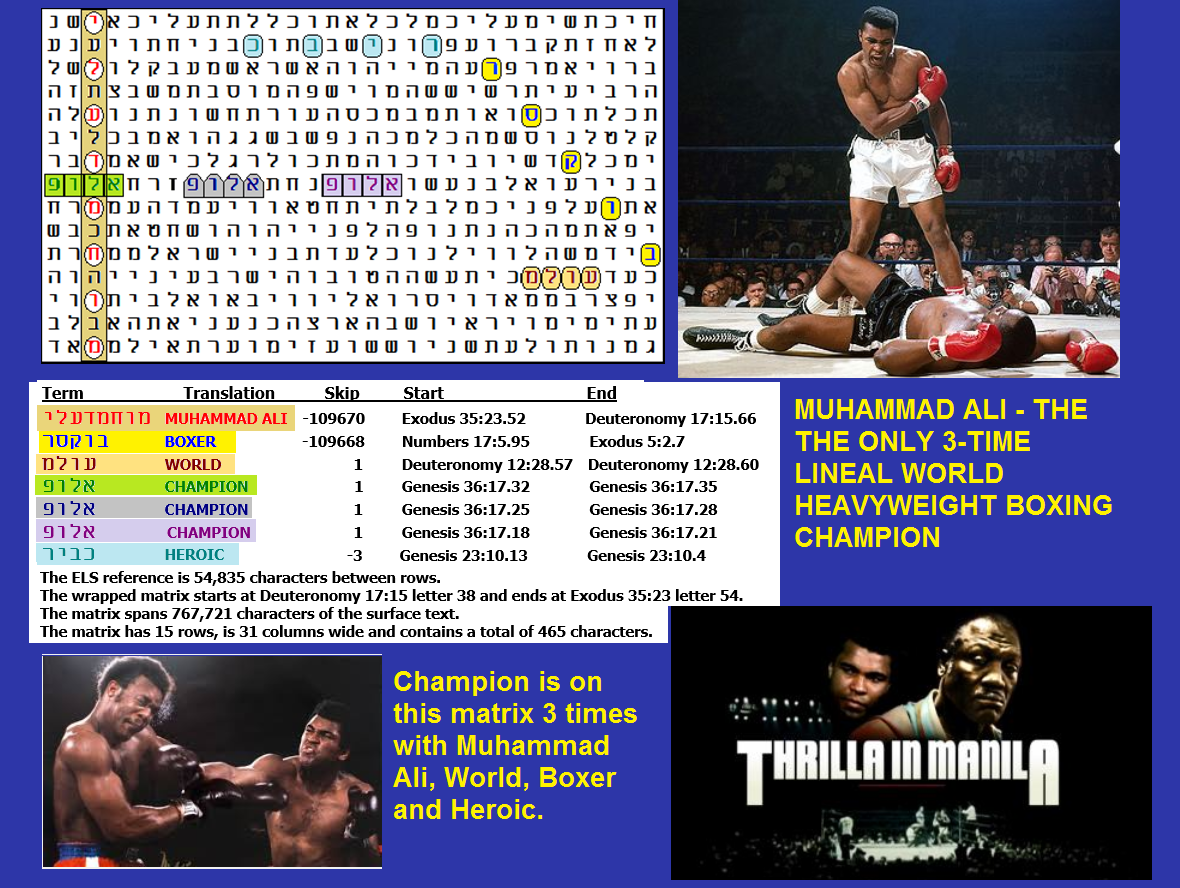 STATISTICAL SIGNIFICANCE OF FIGURE 1. As per my standard protocol, no statistical significance is assigned to the axis term, here MUHAMMAD ALI at its 6th lowest skip in wrapped Torah. The most significant a priori key word was BOXER. Before factoring in ELS rank 6 of the axis term, it was found against odds of about 328 to 1. Next most important was CHAMPION at skip 1. I checked for four synonyms for the term. Odds against finding at least one of them at skip + 1 were about 13 to 1. Yes, there are three CHAMPIONs shown, but in accordance with the Poissson's Equation used on my spreadsheets, no extra value is assigned to the extra hits on a word. Anyway, had I expanded the matrix further to the left I would have shown two more appearances of the word for CHAMPION.  The word WORLD had about 1 chance in 10 to be found in the open text. Finally, HEROIC, a term which is subjective, was not very significant. It had about a 51% chance to be found at a non-special case skip. Overall, after adjusting for the axis term ELS rank 6, the matrix was found against odds of about 15,230 to 1.